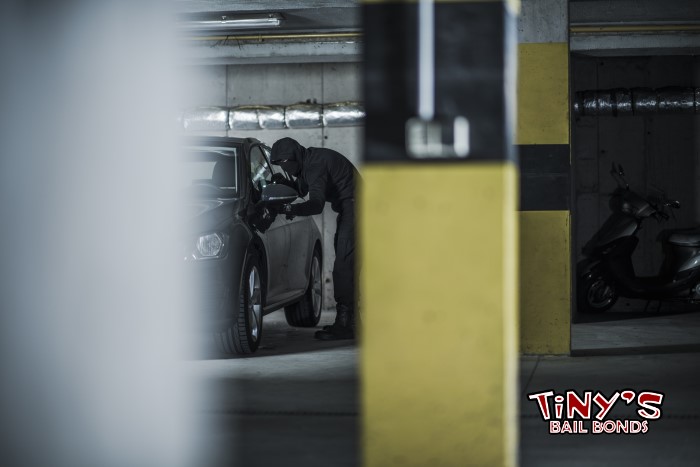 Most law abiding citizens see a locked door or window and assume the building or car is inaccessible. However, there are people out there who view those barriers as minor obstacles. If they want inside, they will get inside. Nothing is going to stop them, not even a pane of glass.

When a criminal sees something they want, particularly something that is valuable, not much can stop them from trying to get the item. This is especially true when all that stands between them and their prize is a single pane of glass. With the right tool, they could have that window shattered in seconds, have their prize, and be out of there before anyone can catch on to what has happened. This can prove to be very problematic, especially for car owners.

For a while now, the city of San Francisco, and other parts of Northern California, have had to deal a rise in smash and grab crimes, particularly with their vehicles. If a driver made the unfortunate decision to leave something in their car while they shopped or went inside somewhere, a thief would come along, see the item in question, break the car window, and take off with the stolen goods.

Sometimes, there may not have been anything of value in the car, other than a bag of unknown stuff. The thief saw that and decided to take a chance on the bag, hoping there could be something of value hidden inside. Often times, the crooks may even be working in groups. One team breaks into the vehicles and then hands off the stolen goods to a getaway team.

There are entire gangs out there that have made this sort of crime their business.

It is easy to see how this could be very frustrating and upsetting for a person. Not only did someone steal something from them, but the thief broke the vehicle’s window as well.

Experts believe this is due to an oversaturation of the crimes up north. The belief is that some of the gangs that have been committing these crimes are moving south to the ‘new market’ in Los Angeles and the surrounding areas.

Consequences of Smash and Grab in California

The law states: “Every person who enters any house, room, apartment, tenement, shop, warehouse, store, mill, barn, stable, outhouse or other building, tent, vessel… car… vehicle… with intent to commit grand or petit larceny or any felony is guilty of burglary.”

Second-degree burglary is a wobbler offense in California, meaning it can be charged as either a misdemeanor or a felony. How it is charged depends on how the prosecution wants to proceed. As a misdemeanor, it comes with:

As a felony, the crime comes with:

Regardless of where a person lives in California, no one wants to have their stuff stolen. They definitely don’t want one of their car windows being shattered. In an effort to avoid that kind of thing happening to them, a person needs to be aware of what they are leaving behind in their vehicles. A person should never leave behind valuables, and should avoid leaving behind bags of stuff as well. Even if there is nothing of value in the bag, the thieves won’t know that.

If something has to be left in a car, then it should be left hidden. This way, there is no incentive for a criminal to break into the vehicle.

What do you think has caused this rise in smash and grab crimes here in California? What about how California view burglaries and the consequences for those crimes? Do the consequences match the crime, or do they need to be reevaluated?